Back to her childhood home, she finds her diary which she kept untill her teen years. Annabel is an ordinary little girl from an ordinary family, difunctional like any other, who through her big imagination tries to get over her parents fights, growing up and facing teenage temptations. Human-size puppets in a new show produced by Lightwave Theatre Company. 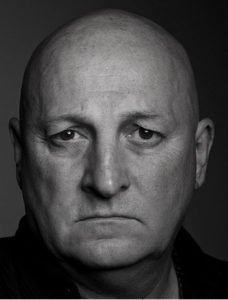 After giving us the Golden Buzzer at Romania’s Got Talent in 2015, Constantin Cotimanis accepted our proposal to offer his voice to Mr. Tick-Tock Man, a key character in Annabel’s life. It’s an honor for us to have him in our show and his trust in our art. 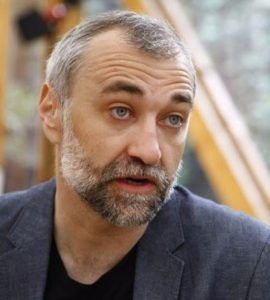 Annabel’s story couldn’t have been more fascinating without the contribution of Iulian Tanase, a Romanian writer, who accepted the challenge for his first text created for a theatric play. He underlined the features of the characters in a brilliant way, carrying all of us on the shoulders of inocence, in the arms of curiosity and in the wise hands of maturity.

Their special way of expression, because it’s not coming from the outside but coming from the inside to show us a world full of enigmas where not everything unfolds. Their art, unlike other puppet theatres, targets the understanding of the adult audience. – Constantin Cotimanis, actor

“Last night I took my parents to Bacovia Theatre to see “It’s me, Annabel”. We just sat down on our reserved seats when I asked my father:
– Have you ever been to the theatre?
– No, and not even to the circus.
My father is 73 years old and last night it was his first theatre experience. It’s ok, considering many others will never go to a play. At the end of the performance he told me he watched it with tears in his eyes. My mother cried from the very begining. She told me after it ended:
– You went through all this you wrote about.
Mothers just know. They always know.” – Iulian Tanase, writer and author of the text

They always have new elements and are constantly surprising me. When I think they reached their peak they always manage to come with something better. Pure emotion. – Madalina Dorobantu, actor

These guys will touch your soul in ways you would not have believed possible before. At first it looks like they are just playing. In reality they are playing with your heart and make it dream up a better world. Keep it up guys! – Raul Man

Great storytellers that transport the audience to a universe where the puppets are alive and vivid and capable of expressing so much emotion. I highly recommend taking this soul-stirring journey with them. – Corina Constantinescu, architect

Incredible! Their performances are emotional and worth seeing. You can feel their effort in producing such stunning shows. – Traian Mihalache, architect

“It’s me, Annabel” is like an epic journey in a world of innocence. Through puppetry it woke up a nostalgic feeling of a distant childhood inside me but also it brought me in the middle of actual problems of society which bother us all. It has been a lesson for me as a parent. I will recommend the experience of puppet theatre for adults. – Ciprian Paduraru, CEO